Nobody cares because nobody can hear the voices of all the other upset people because everybody is always too upset while expressing their hurt and anger to hear other people expressing hurt and anger. All this anger and upsetness is mostly expressed on social media and in response to stories published by that other media we used to call The News.

Pithy comments and legitimate questions on social media sites about what exactly is going on in the Country are largely met with hostile responses from equally upset social media participants who find all the other participants mostly stupid or racist or afflicted with one of several new social diseases like Republitardism or Democrapism and surely the worst one, Libtardism.  What could be worse? The last one sounds fatal.

Anyway, my point is that I’m not upset about Trump. What’s the point? If I were upset about anything Trumpish, it would be more about why we are even talking about him, or to him, or including him in any kind of political debate.   He’s not a real candidate. He’s got zero skin in this game. When he drops out it will make no difference to him or his empire.   He’ll still be a multi-billionaire who needs nothing—from anybody or any political party. His campaign expenses will barely be a blip on his accountant’s radar. He’s insanely rich now; he’ll be insanely rich when he doesn’t get the party nod. Nothing changes. It’s just another competition and means absolutely nothing to him or anybody else. He’s just playing. Something to do for a minute. Let’s move on, shall we?

people are often vindictive as well–as vindictive as they are competitive. Look at our local candidate Milton Wolf. He nearly handed the U.S. Senate to Harry Reid—just to be a rotten little spoiled-sport-shit.  He did a lot of damage within the party.

Trump is likely to act a bit like Wolf. It’s entirely possible the Trumpster will back the opposition when he doesn’t get the GOP nomination and if things continue as they have so far with Hilary Clinton’s campaign  it could be additionally disastrous for her to have The Donald on her team. Her perpetual bid for high office is circling the ole’ shitter again,

And Then There’s Clinton

Clinton is smart though and she’ll humor Trump while she mostly ignores him. Just guessing, her people have already greased the wheels for his inevitable switch-a-roosie to her own or the other party.  Talking points are all neatly in place, even now.

Clinton certainly won’t answer for Trump’s enormous contributions to her campaign anymore than she’s answered for Benghazi or Vince Foster or Mary Mahoney or Ron Brown or Jerry Park or…well the list is long and she still walks free. Trump can’t possibly hurt her. She’s faced way bigger trouble than Trump. Besides, she knows the game well. She’s been on auto-pilot for so long now in her march to be the first woman president I’m not even sure if she knows she’s in the actual race yet.

And then of course we have Bernie Sanders. I’m not upset about him either.  I don’t even know what to say about the Bern.  Every time I see his face on TV or online my 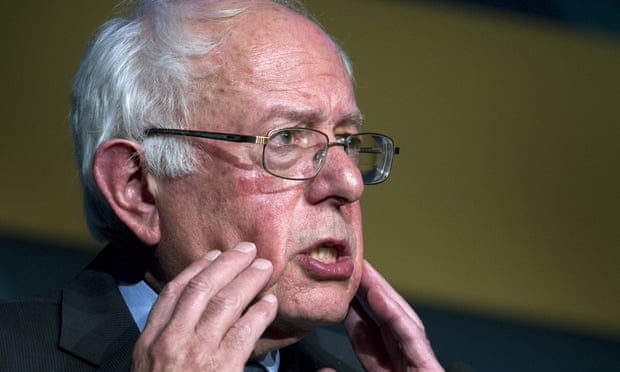 Words. There are none.

mouth falls open of its own accord but no sound  comes out. Sometimes I hear a faint huh? from inside my head but no other words will form after it.  He’s like a shadow boxer punching at some deeply buried fear in most voters and a lusty hope in a handful of others.  Just impotent really.  Like those weird dreams we all have about flying naked with our grandmother’s old cat while we eat gravy-laden tulips in the clouds.  Seems so symbolic but you can never really figure out what it means. Courting insanity maybe?  I don’t know.  At least  Trump provides comic relief. There’s always something to laugh at when Trump shows up.  Even when he doesn’t talk.

Trump’s popularity can’t be ignored completely, I guess.  He’s ahead in hundreds of polls.  Nobody actually knows where these handy polls originate or who is voting for him but his controversial stances on immigration and …. let’s see…what’s the other one…yeah, immigration I guess, well, it’s a steaming hot topic these days. At least the real candidates will have a good sampling of what the party base thinks is important. He’s been a good windsock if nothing else.

The big threat is Trump declaring as an independent.  Somebody in the party will have to circumvent that because it’s a dangerous idea.  That does worry me a little.  Trump could easily be the Ross Perot of this election and Independent candidates are how Clintons win the Whitehouse.

8 thoughts on “What Difference Does Trump Make?”