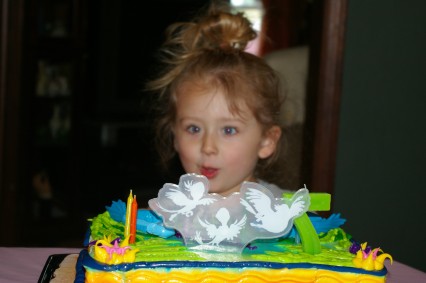 Today is Lily Belle’s 6th birthday so I joined her at Kindergarten to eat lunch.  The “special” table was full so we sat with the “regular” people.  It’s also Frozen Friday so we chose ice cream sandwiches for our treat.

Once we sat down I noticed Ms. Ratched, the lunchroom and #walkdontrun monitor was walking  towards us so I said, pretty loud, “Lily, since it’s your birthday you get to eat your ice cream first!”  Lily replied, “I know! Yay!” Ms. Ratched slowed her giddyup just long enough to shoot me a scalding glance but obviously thought better of correcting me before she sped off to find another rule breaker.

One of my favorite events at school lunches is when Ms. Gable counts down from three to zero, at which point there is either total silence in the room or, and I’ve never actually

seen this play out, some kind of hell to pay.  All of my grand kids enjoy this little activity as much as I do and we sit with our arms raised and follow along, folding down each of three fingers until we are left with a fist in the air.  Silence Power!

Two tiny children sat across from us and seemed to be enjoying the activity as well—maybe even more than us.  When talking was allowed again the tiny boy leaned towards me and confided, “She (pointing to the tiny, grinning girl beside him) has her middle finger up.  That’s a bad word!”

Lily, ever her father’s child, dabbed her napkin against her chin, shoved another bite of ice cream sandwich in her mouth and asked me why a middle finger is a bad word.  I said I didn’t know.  I shrugged.  “Some people just think that,” I told her.

Tiny Boy assured me that IT IS A BAD WORD! and said he was going to tell Ms. Gable. Middle Finger Girl grinned as Tiny Boy watched her hands under the table, presumably flipping him off, his eyes wide, consumed with absolute joy.  Lily peeked under the table and shrugged.  My exact sentiment about the whole middle finger debacle.

“I’m Telling!!” Tiny Boy said, over and over again.  He looked at me, likely for advice and backup.  I shook my head.  I advised him not to tell.  “Just eat your lunch,” I told him. He raised his tiny arm and looked around desperately for some other adult.  Ms. Ratched, perhaps.  For sure Ms. Ratched would want to know about Middle Finger Girl.  I leaned towards Tiny Boy.  “Nah…put your arm down.  Don’t be a fink.”  Middle Finger Girl grinned my way.  Apparently now bored with the whole thing, she dunked her burnt corn dog in a glop of ketchup. I told the Tiny people it was Lily’s birthday and they were pretty excited about that.  “I’m six!” Lily told them.

Before I could finish my burnt pizza, Lily interrupted the meal with an unscheduled tour of the condiment table, advising me to hold my tray under the ranch dressing pump while

she pushed the silver knob down.  “Watch this!!” she told me. The Condiment Monitor eyed us, blank faced. Unimpressed. I told Lily I loved the ranch thing.  She grinned at me. “Yeah, me too,” she said. The Condiment Monitor coughed/grunted which I took to be an attempt at laughter or feigned interest in our delight. No need.

We realized too late that lunchtime was over and Lily had not eaten any of her crunchy, overdone corn dog. The Grinning Trashcan Monitor reached for her tray and said, “All finished?”  I advised him that she was not finished and he snapped his hand back, grabbed the trashcan handle and marched off to line it up with the others. He shot me a look from the trashcan lineup.

Lily worried about eating in the hallway as we tried to catch up with her classmates. Most of them were sort of lined up and wandering towards a classroom.  Ms. Ratched, walking backwards, lead the little people in fairly straight rows, reminding them over and over and over again to keep their hands to themselves and stay in line and “Stop touching people Miranda!”  and, of course, “WALK DON’T RUN!!”

Lily managed to get half the corn dog bitten off the stick and somewhat chewed by the time we reached the front entry/exit doors.  She handed me the stick with the remaining chunk of dried up, would-be corn dog and smiled up at me, mashed hot dog bits and sugary cornbread spilling out of her mouth.  I told her, “Happy, happy birthday,” and kissed her tiny nose and she skipped down the hall with her tiny friends. Happy Birthday, my sweet Lily Belle.