“Other” Lane Discovered in Leavenworth County 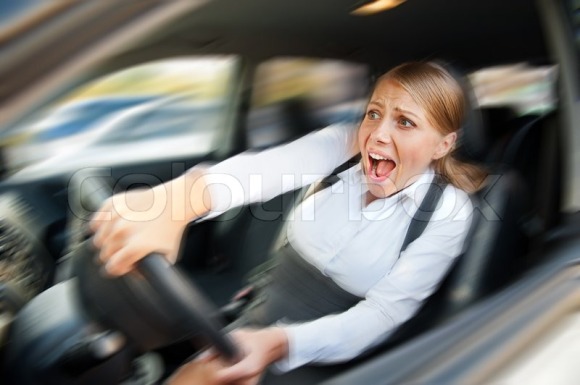 One witness said she saw several southbound LvCo drivers gripping the steering wheel, “…(they were) white-knuckled, with expressions of abject terror on their faces.  A passenger in one car had her eyes covered with her hands and appeared to be screaming,” the witness said.  “I’ve never in my life seen a driver from Leavenworth County driving in the right-hand lane.  It was terrifying.”

Another witness reported that at least one driver in the left lane was gesturing wildly to the drivers in the right lane to get back over to the “normal” driving lane. The driver was screaming, “What are you doing over there?” the witness said.

The station sent teams of reporters to the surrounding area to investigate the unusual event and eventually revealed that a possible rumor originating at the IHOP in Leavenworth, Kan. may have caused the chaos on K-7 Highway. Diners at the restaurant apparently overheard an out-of-towner describe K-7 as a “four-lane highway,” suggesting an additional lane going in both directions on the south and northbound highway.

Several LvCo residents left their partially eaten lunches behind in the booths as they rushed out to the parking lot to get to their vehicles, according to John Smith, the restaurant manager. “They were all very curious to see if there really is another lane on the right side of K-7. I personally can’t imagine believing in that ‘other’ lane,” Smith said.  “I wonder if they also believe in Santa Claus. They must feel like big stupid fools.”

“Those dummies are in for a shock.  I hope they at least come back later and pay for their damn lunches,” an IHOP waitress remarked.

One diner in the restaurant, a resident of Wyandotte County, expressed disbelief about the event. “It’s like they don’t realize that there is a left lane to be used for passing and turning while the right lane is used for cruising.  I mean, highways are designed like that  all over the country and these people have never noticed that there is another lane on the highway. I’ve never seen anything like it,” he said.

A few of the right-lane drivers returned to the restaurant later in the day to finish lunch and pay for their meals.  By some accounts the drivers appeared to be in something of a daze and at least two drivers were admitted to St. John’s emergency room where they were treated for extreme anxiety.

Reporters asked the LvCo police officer stationed at the entrance to the Wildwoods Mobile Home Park in Lansing, Kan., to shed some light on the brief and apparently horrifying phenomenon.  “I’m not sure what just happened,” officer Speedick said.  “I had almost met my afternoon quota of 49 speeding tickets when all of a sudden I noticed several drivers in another lane–over to the right of the left lane. Like, I mean, they were just driving along in that ‘other’ lane. I haven’t had any training on LvCo drivers who don’t use the left lane for regular driving. My mind is kind of blown here.  I’ll be glad when my shift is over.”

Two reporters remained on the scene for several hours to see if any other Leavenworth County drivers had heard the rumor about the “other” lane but there is no evidence that the rumor spread any further.  All indications are that highway traffic is back to normal on K-7 southbound. The “other” lane is being investigated by local FBI agents.  Check back here for updates to the story.

22 thoughts on ““Other” Lane Discovered in Leavenworth County”